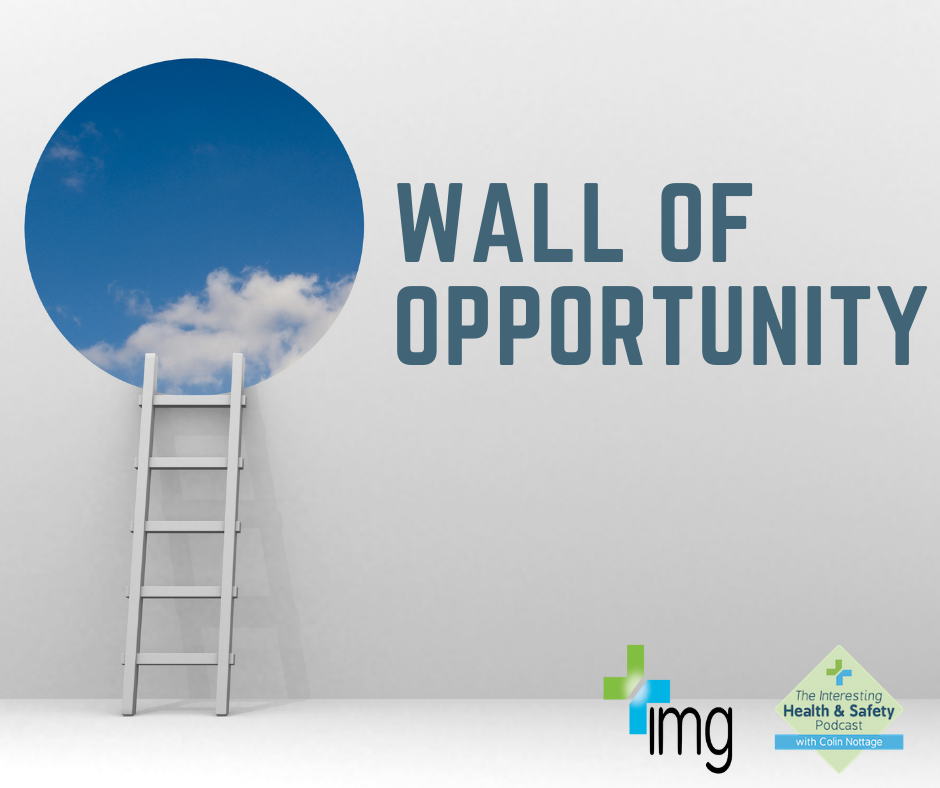 The Wall of Opportunity

Posted on 18th April 2021 at 12:39
This month I want to talk about a something I find myself saying to clients “Rather than number of near misses reported make the objective number of positive improvements made after suggestions from the workforce”.
I have recently been doing some work near Plymouth. A company that runs 24 hours a day using four shift teams. In total there are around 70 people working ‘hands on’ at the site.
I got talking to the senior management team about consultation and communication and they mentioned they had undertaken an exercise at the end of 2017 where they had got the workforce to list issues on Post-it notes and put them up on a wall in the office. They called it the ‘Battle wall’. Over 300 items were raised.
I asked one of the directors how were they getting on with the issues raised, “Well I can’t respond to all 300 can I”, was his response.
In reality he could if he wanted to, it is possible to write 300 replies, but he had decided not to.
However I’m not saying he should have responded to each note but it got me thinking. I asked had anything been done with any of the items.
“Yes,” he said, “We picked 10 we thought were most important and have been working on them”.
“How many have been completed?” I asked, “About five,” he replied. “So you have room for five more,” I said.
We chatted some more and started to formulate an idea.
Whether it comes from site meetings, discussions, audits or assessments, start to put the things that need sorting on your wall. Don’t call it the battle wall, how about the “Wall of Opportunity”.
Maybe split your wall in to A, B and C categories. With your team pick out the first 10 but make it a “Rolling top 10” and start to work through them.
When something comes off the 10 then maybe consult with the staff on site and agree what goes on next.
Set some parameters.
o Nothing will be on the top 10 list for more than a month or two – you decide what is feasible.
o There will always be a top 10 list – Never get complacent and think everything is OK. Challenge, challenge,
challenge.
Give updates on how things are going to site employees and senior managers.
Maybe take a picture of your wall at the start and then look at how it changes every quarter. Are there more or less As
Keep track of what you have achieved.
I strongly believe we all achieve less than we want to on a daily basis but over perform on a monthly or yearly basis. Start celebrating your success.
In actual fact, send me a picture of your “Wall of Opportunity” and I will share it on my social media.
If you need any help setting challenging, proactive objectives or would like to discuss planning for health and safety then please drop me a line at Colin.nottage@influentialmg.com or call: 07799 656303.
Tagged as: Communication
Share this post: